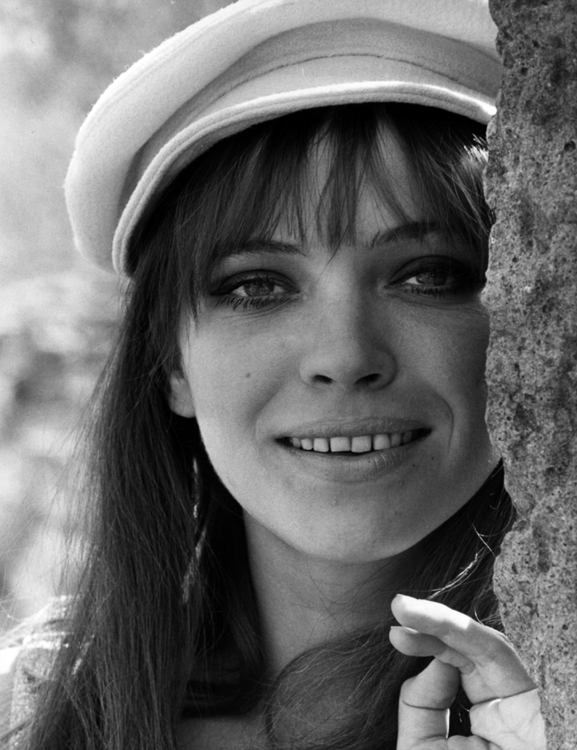 1967. Anna Karina filming Luchino Visconti’s The Stranger. A caption on the back of the photo reads:

“The Stranger”, internationally-acclaimed novel by Nobel Prize-winning French author Albert Camus, is at last being brought to the screen.

Released world-wide by Paramount Pictures, it is being produced by Dino De Laurentis with Mastroianni’s Master Film and Algeria’s own newly-formed production company, Casbah Film.

Marcello Mastroianni and Anna Karina are photographed in a scene shot on a stretch of sand near Gaeta, about 80 miles south of Rome.

Photo by Emilio Lari for the Pierluigi Photographic Agency.