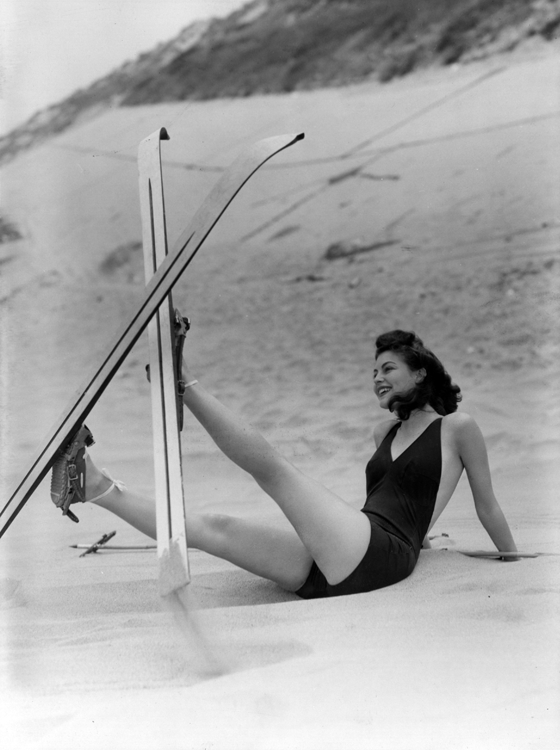 1942. Some preposterous stunt! What on earth is Ava doing sitting on the beach as if she’s just fallen on her bottom wearing water skis? Well I guess it’s a good opportunity to show off her legs. And, according to Ava:

My specialty was called ‘leg art’, publicity stills of the cheesecake variety intended for use and reuse in newspapers and magazines around the country. It was not my favourite activity. I don’t know – I don’t think anyone knows – how many hundreds of those shots I posed for. You could have carpeted Hollywood Boulevard from curb to curb with my pictures. I don’t remember how many swimsuits I wore out, without getting near the water. I shot enough sultry looks around the gallery to melt the North Pole.