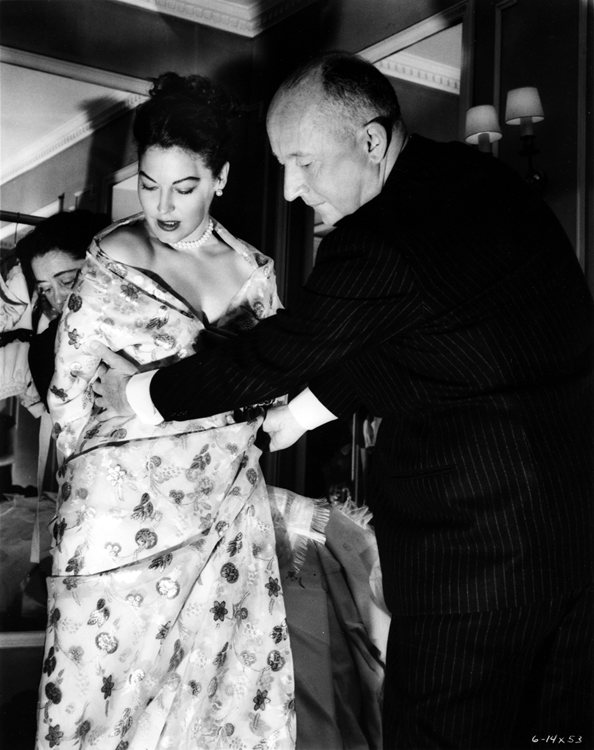 1957. Ava Gardner is just one of Christian Dior’s movie-star clientele. Other clients include Elizabeth Taylor, Grace Kelly, Ingrid Bergman, Jane Russell and Sophia Loren. While Dior designs Ava’s costumes for her movie, The Little Hut, she is seen more often in clothes designed by the Rome-based Fontana Sisters. A caption on the back of the photo reads:

FITTING IN PARIS…Christian Dior fits Ava Gardner with one of the costumes he designed for her in MGM’s “The Little Hut”. This is one of the few times Dior has designed clothes for a motion picture. Film also stars Stewart Granger and David Niven, it was directed by Mark Robson, produced by F. Hugh Herbert and Mark Robson and released by MGM.