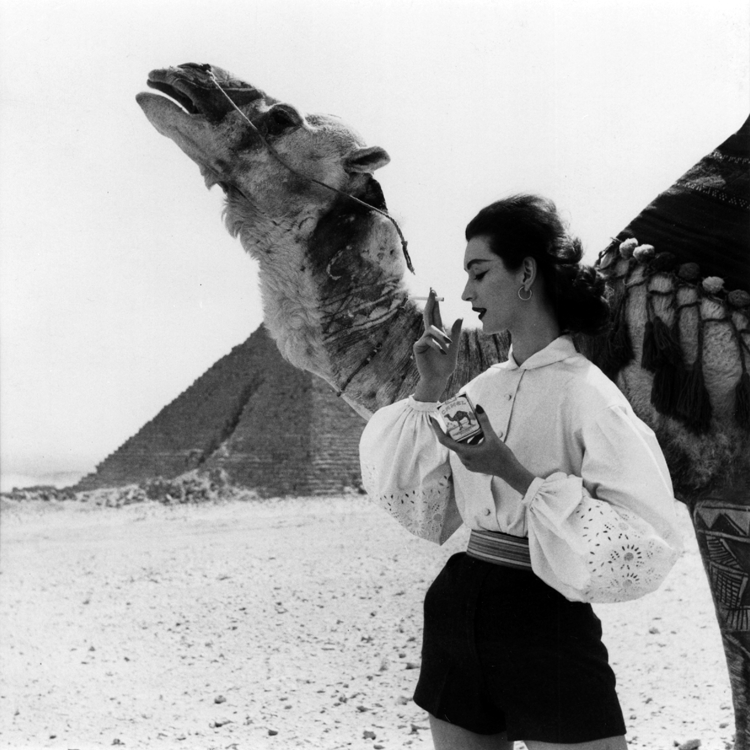 1951. The model for this shoot, published in the May and June 1951 issues of Harper’s Bazaar, is Dovima, whose face reminds Avedon of the famous bust of the Egyptian Queen Nefertiti. This is an early collaboration. Four years later Avedon will shoot Dovima with a group of elephants at the Cirque d’Hiver in Paris, producing one of the most iconic fashion photos of all time.

By the Great Pyramids at Gizeh
Shirt in satiny white piqué, with puchworked sleeves, about $30; gray Juilliard flannel shorts, about $18. Both, by Arle. Peck and Peck; I Magnin. Monet’s hoop earrings.