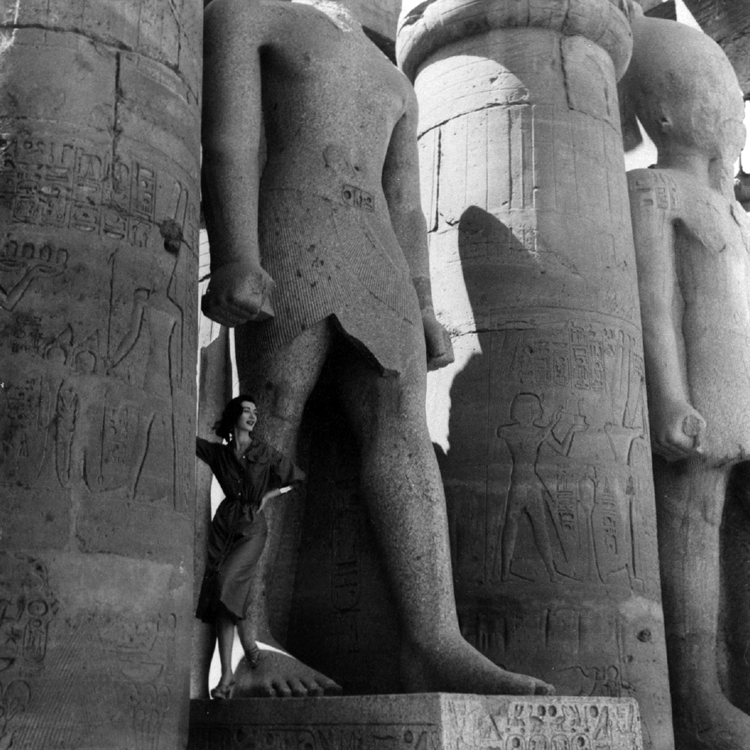 1951. According to Winthrop Sargeant, Dovima is so overcome by the grandeur of her Egyptian role that she undergoes a mystical experience. “He is speaking to me,” she says softly, pointing to the Sphinx. “He is saying, ‘Dovima…’” “How interesting that he should know your name,” remarks Avedon, trying, as always, to sound vitally attentive and inspiriting. “He is saying, ‘Dovima, you belong here,’” concludes Dovima, with an air of slight annoyance at the interruption.

At the Feet of the Pharaohs
Pale blue polka dots on tan silk taffeta, in a shirt-dress with an elasticized drawstring waist. By Star-Maid. $45. Bergdorf Goodman.