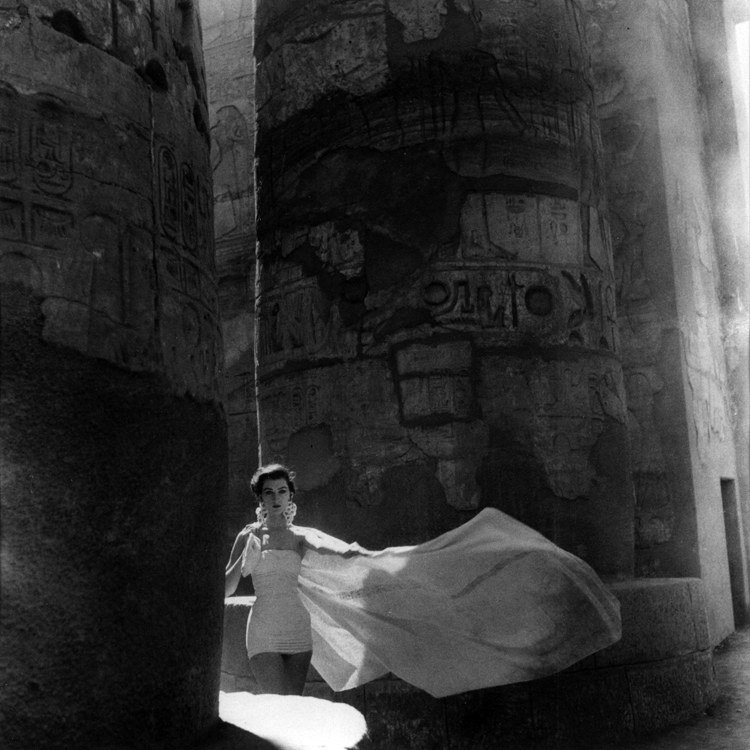 1951. In a memo to Avedon about the Egypt shoot, Diana Vreeland (Fashion Editor at Harper’s Bazaar) writes, “Dick, before you plan these pictures, just think about Cleopatra. Think about those hot nights… she’s walking on the roof, everybody is so old and she’s this young, beautiful girl pacing that roof.”

When Dovima returns to the US, a friend asks her what she made of Africa. “I didn’t get to Africa,” she replies. “But I was in Egypt.” “But Egypt is in Africa,” her friend points out. “It is? Good Lord, if I’d known I was going to Africa, I’d have charged double.”