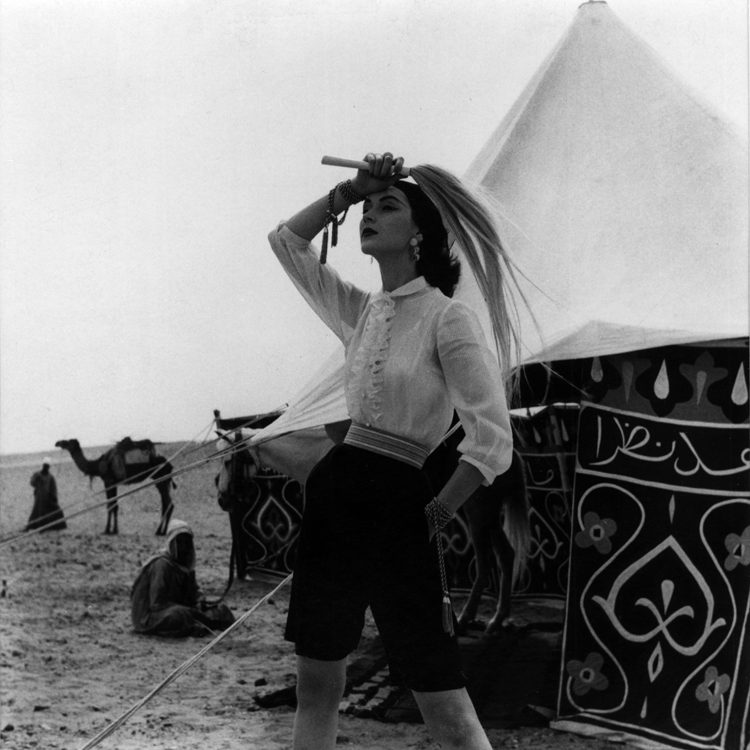 1951. The shoot takes place during Avedon’s honeymoon with his second wife, Evelyn, whom he marries on 29 January 1951. So presumably Evelyn is lurking somewhere in the background. And so, in all likelihood, is Dovima’s husband, who generally accompanies her on location shoots, bringing along an armful of comic books to keep her entertained.