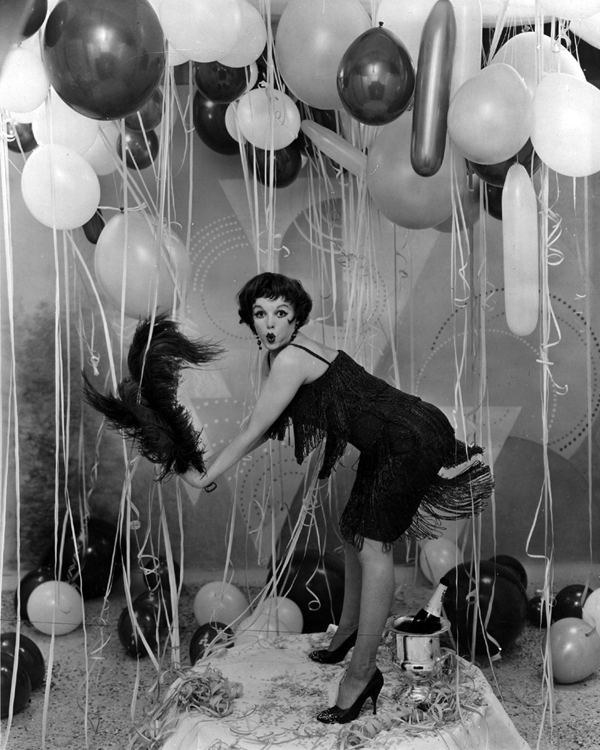 1958. The caption in the December 22 issue of LIFE magazine reads:

Clara Bow – whom Marilyn re-enacts in these photographs – was the heady excitement of 1927 and the jazz age. She epitomized the Charleston girls, flappers of the era. She had “It,” which was the word for sex appeal plus personality plus all the things a girl needs to succeed. She had seven dogs to match her red hair. In 1931 she married Rex Bell, an actor-rancher, later a lieutenant governor of Nevada and retired.