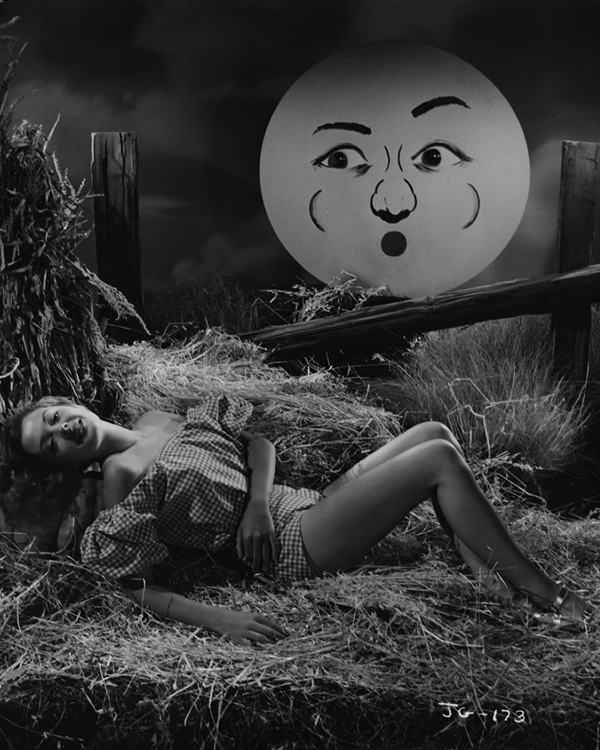 1947. The things studios do to promote movies! Here is Jane Greer, starring in Out of the Past as Kathie Moffat, who turns out as unscrupulous and hard-boiled as they come. It’s a real tour de force and she’s superb in the part.

Here, wearing a gingham ensemble and a smouldering, come-hither expression, she reclines in the hay in a pose that prefigures that of another Jane (Russell) in her notorious stills for The Outlaw. Howard Hughes and RKO clearly know what they like and can’t get enough of it. But poor Jane Greer’s efforts are entirely undercut by the ridiculous moon, looking on in surprised disapproval.

A caption on the back of the photo adds insult to injury:

WOO-WOO! Okay – so what would YOU do if you were Mister Moon and luscious leggy Jane Greer was moon-tanning on a Hallowe’en night?? That Greer could give ANYONE ideas, let alone old romantic Moon himself. And if it’s more of Jane you want to see…..well, there’s RKO Radio’s “Out of the Past” in which she’s currently co-starring with Robert Mitchum.