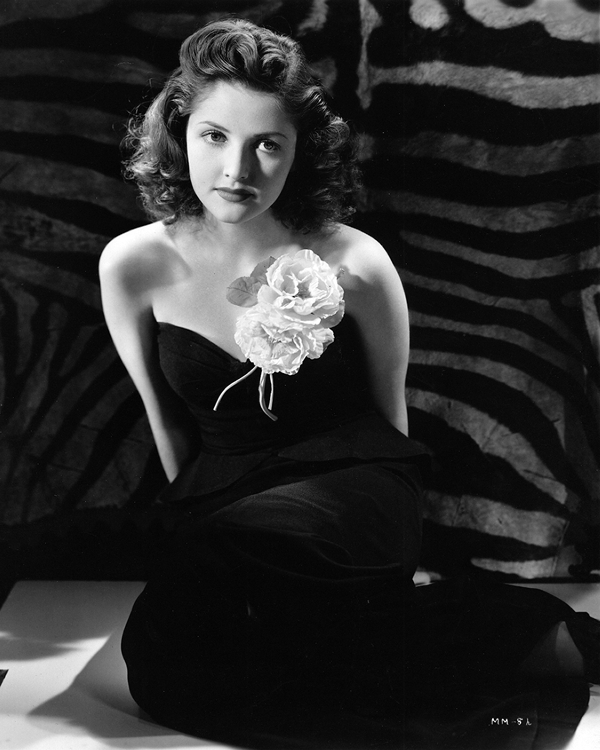 1944. Martha Vickers poses demurely in front of a zebra-print background. A caption on another photo from the same shoot reads:

Martha MacVicar, who has screamed her way through a score of horror films, portrays a featured role in RKO Radio’s “Marine Raiders”, starring Pat O’Brien, Robert Ryan and Ruth Hussey.

Born in Ann Arbor, Michigan, Martha studied art. When commercial artists and photographers spotted the charming blue-eyed brunette, they employed her as a model instead. Appeared in pictures for two years escaping from monsters and vampires before given romantic role in “Marine Raiders”. She doesn’t have to diet to keep her 5-5 at 115 pounds. Martha is proud of being the great grandniece of famed Commodore Perry.