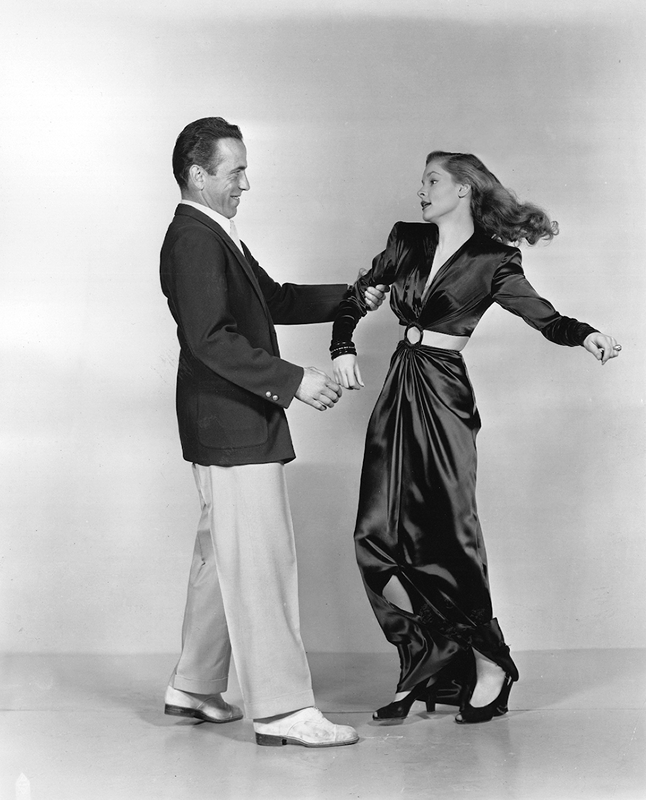 1944. Bogart and Bacall are totally in synch on the set of To Have And Have Not. The caption on the reverse reads:

STRONG ARM METHOD – If this picture is any indication, there’s nothing very subtle about Humphrey Bogart’s love making to Lauren Bacall in Warner Bros. “To Have and Have Not.” The bewitching Bacall, former model, makes her film debut in the Bogart starrer.