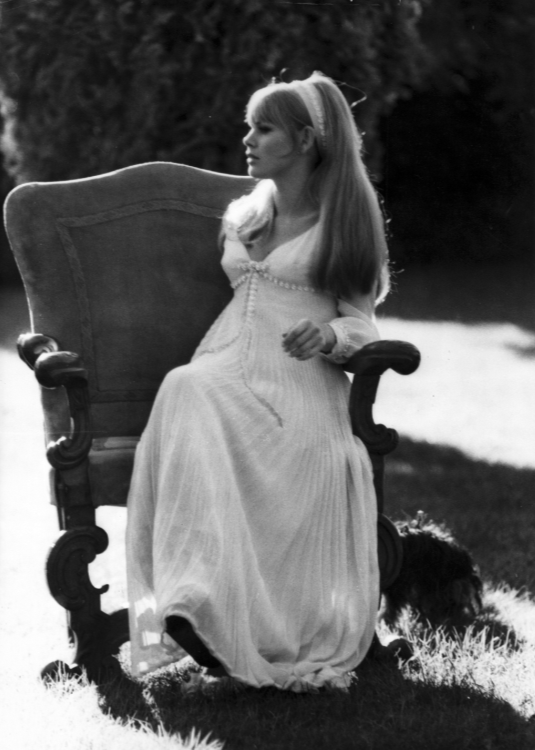 Around 1966. Like her compatriot Ewa Aulin, Britt Ekland is known as a sex symbol and for her roles in horror movies, of which the most celebrated is The Wicker Man (1973). Her profile is further boosted during the sixties by her marriage to Peter Sellers. According to the handwritten annotation on the back of this photo, it is taken in the garden of Britt’s home in Rome. There is also a Team Press Services stamp. Photo by Glauco Cortini.