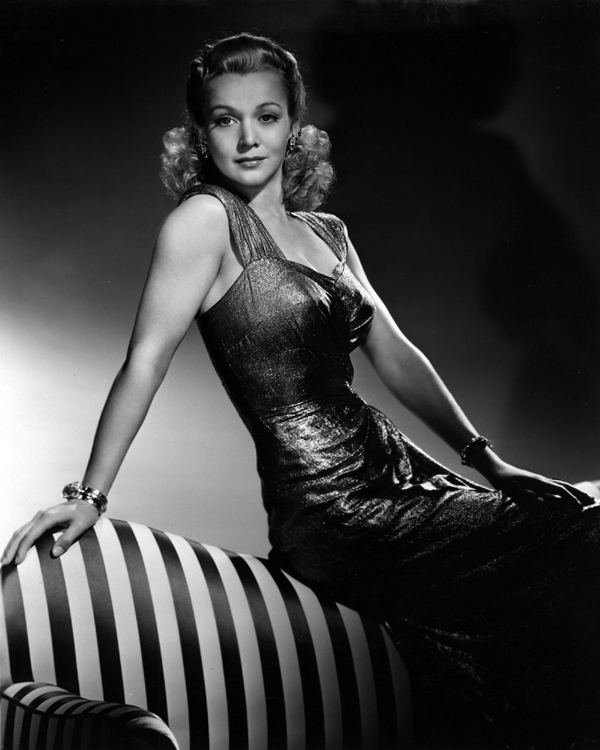 1941. After her success in One Million B.C., Carole’s career is in the ascendancy and interviews with her appear in a number of fan magazines. They include Modern Screen, which publishes a piece under the title of It’s Out-Landis in its October 1941 issue. Among other revelations, we discover that:

Last January tall (5’5¾”), chesty (36½”), athletic (118 lbs.) Carole rented a lovely, rambling 10-room home in Brentwood that once belonged to Edna Mae Oliver, brought Mother Ridste from San Bernardino to live with her and went into a huddle with Twentieth Century’s Dick Smith on a redecoration program that should be winding up about this time.