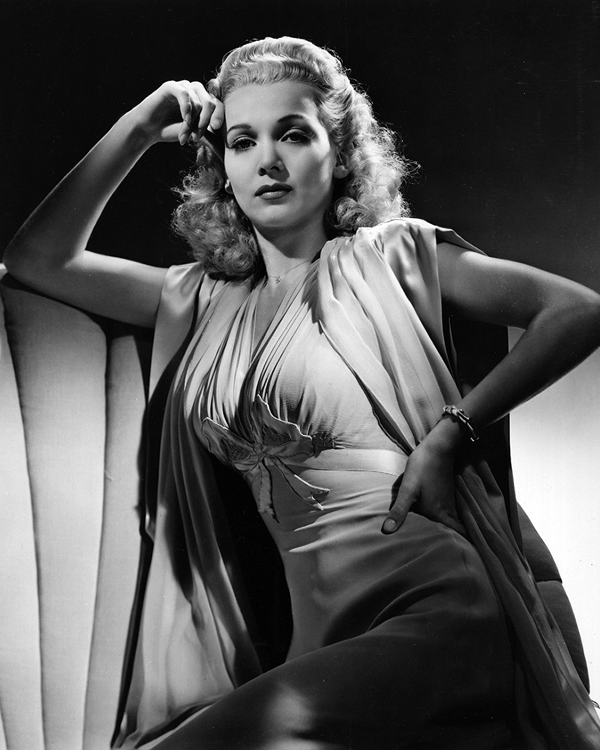 Around 1944. Carole looks imperious in this photo, but under the surface she may well be feeling insecure and vulnerable.

1944 is a difficult year for her. In January, rumours begin to surface in the gossip columns that her marriage to Thomas Wallace is in trouble. In July she embarks with Jack Benny on a tour of the South Pacific, during which she contracts a malignant form of amoebic dysentery. A fortnight after her return, she’s off again – this time on a two-week stateside army-camp tour.

No sooner is that over than on 1 October, she announces to the press that her marriage is over. With no immediate engagements in Hollywood, she returns to New York where she accepts a role in a new Broadway musical, A Lady Says Yes.