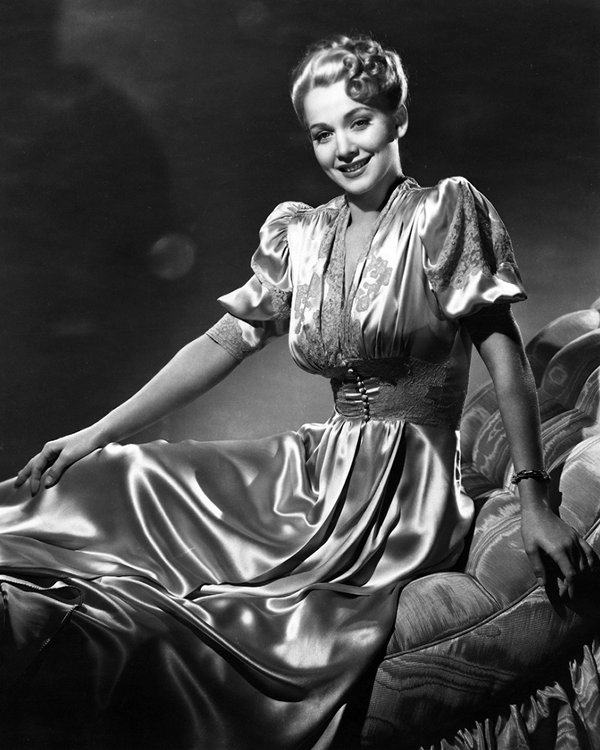 1941. Moon Over Miami is a musical romance in which Carole plays Barbara Latimer, a carhop who helps her sister (Betty Grable) find a wealthy husband. It’s the first film she makes after signing with 20th Century-Fox. Carole and Betty do not hit it off and their feud is reported in the gossip columns. The film garners some favourable reviews from the critics, who also praise Carole’s performance and looks:

Carole Landis makes the most of a grand opportunity as the sister who must hide glamour under secretarial specs; naturally she can’t.