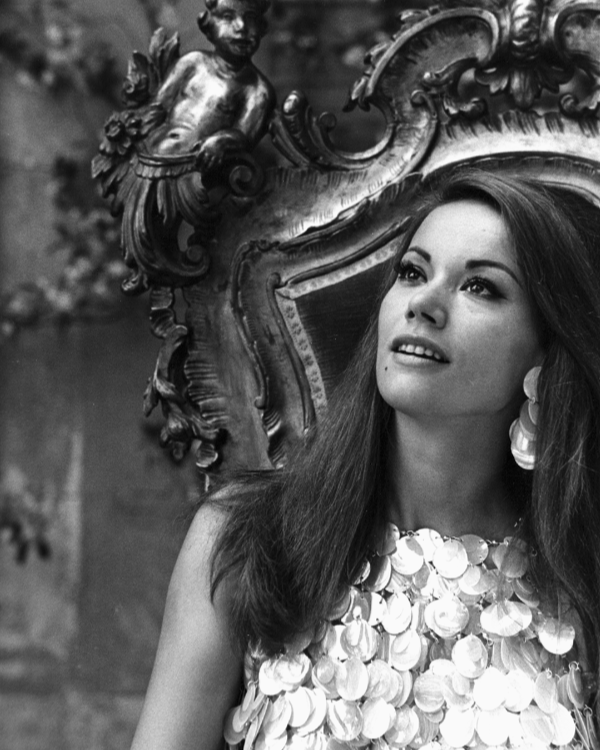 1966. Claudine’s earrings and dress look like they’re either Paco Rabanne originals or inspired by them. A caption on the back of the photo reads:

VITTORIO GASSMAN, MICKEY ROONEY and pretty French actress CLAUDINE AUGER are now starring in Ettore Scola’s new film called “L’Arcidiavolo” (the Archdevil). The film is produced by Mario Cecchi Gori and is being distributed throughout the world by Warner Brothers. Co-starring in the film are Georgia Moll, Gabriele Ferzetti, Hélène Chanel and Annabella Incontrera.

The pictures show Vittorio Gassman and Mickey Rooney during the shooting of a few scenes of the film and Claudine Auger while posing for our photographer off stage.

Also on the back of the photo are a Pierluigi agency copyright stamp and an International Magazine Service stamp dated 21 July 1966.