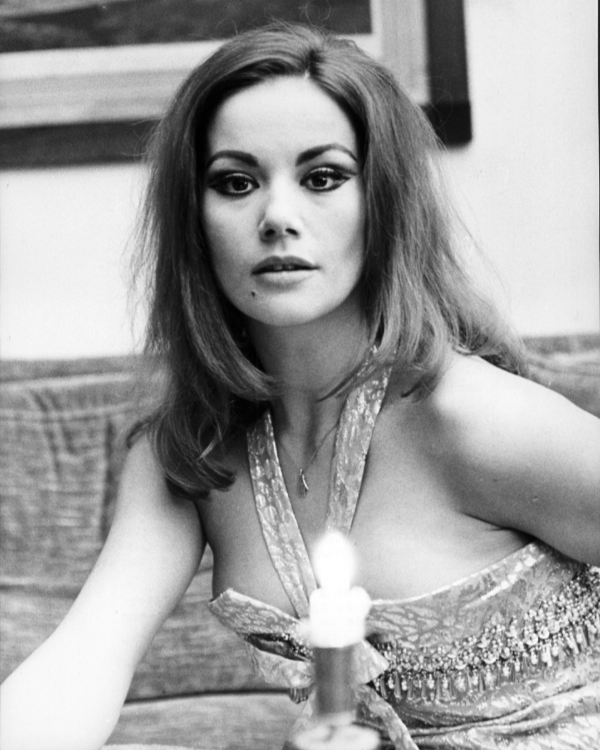 1967. Another publicity photo for Italian comedy Anyone Can Play (Le dolci signnore), one of three movies released this year in which Claudine stars. On the back of the photo is a Pierluigi agency copyright stamp together with a caption that reads:

Because many films have brought her to fame, Claudine Auger has rented a little flat in the Centre of Old Rome. In these pictures, she is seen wearing several last fashion dresses [sic] and while doing her shopping.