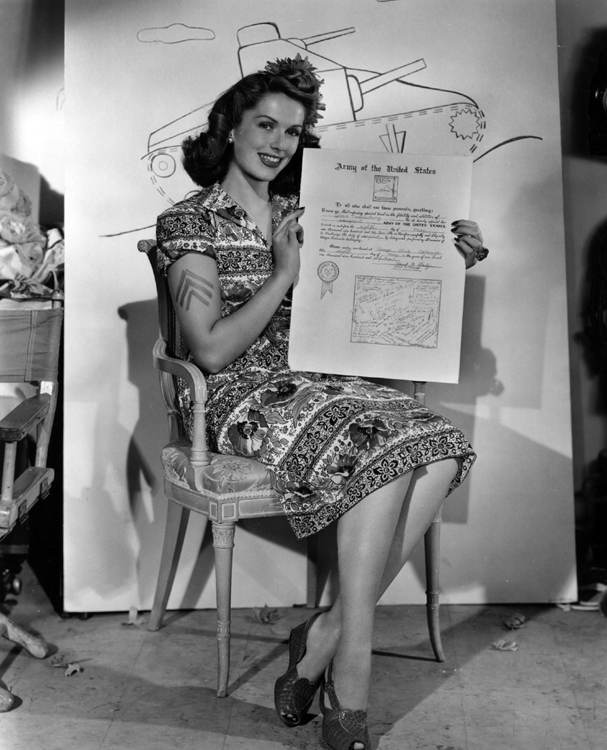 1944. Those two chairs suggest that Jinx is on-set at Columbia Studios rather than visiting an army camp. The board with the tank might have been created by Columbia’s artwork department for this publicity shot. A caption on the back of the photo reads:

WINS HER STRIPES – Jinx Falkenburg, a principal of Columbia’s Technicolor “Cover Girl”, receives honorary sergeancy from commandant of Camp Hale, Colorado, for her successful efforts in entertaining the soldiers.