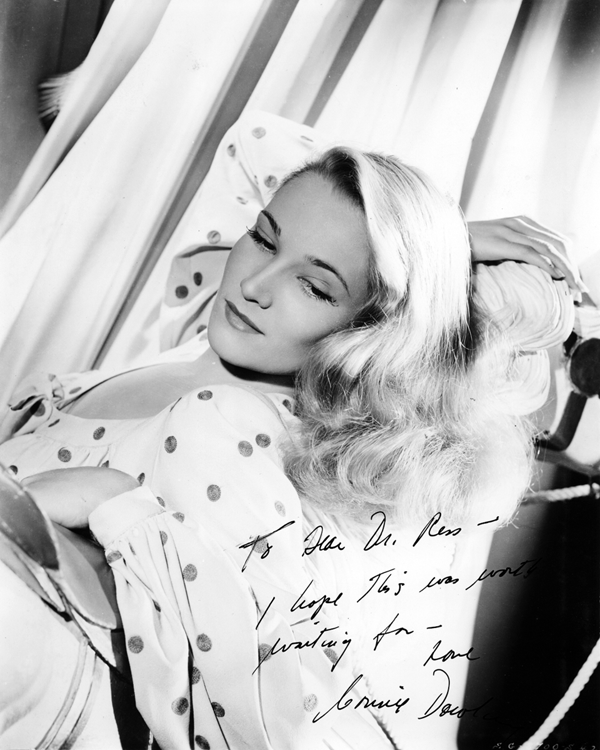 Constance Dowling has come to Hollywood via Broadway. Around the time this photo is taken, she is starting a long, painful love affair with director Elia Kazan. Like so many married men, he wants to have his cake and eat it. He can’t bear to give up Constance but neither is he prepared to divorce his wife.

In 1947, with seven B-movies under her belt, Constance will move to Rome with her sister, Doris. She will become fluent in Italian, make a few more films and mingle with the likes of Jean-Paul Sartre, Alberto Moravia, Ernest Hemingway, Somerset Maugham, Robert Capa and George Bernard Shaw.

In the late-1940s she will start a love affair with poet and novelist Cesare Pavese, who will commit suicide when the relationship ends. His final collection of poems, Death will Come and (She) Will Have Your Eyes, will be found after his death and associated with Constance.

In 1951 she will return to the US. A few years later she will marry a writer and producer, and have four children before dying of a heart attack age 49.