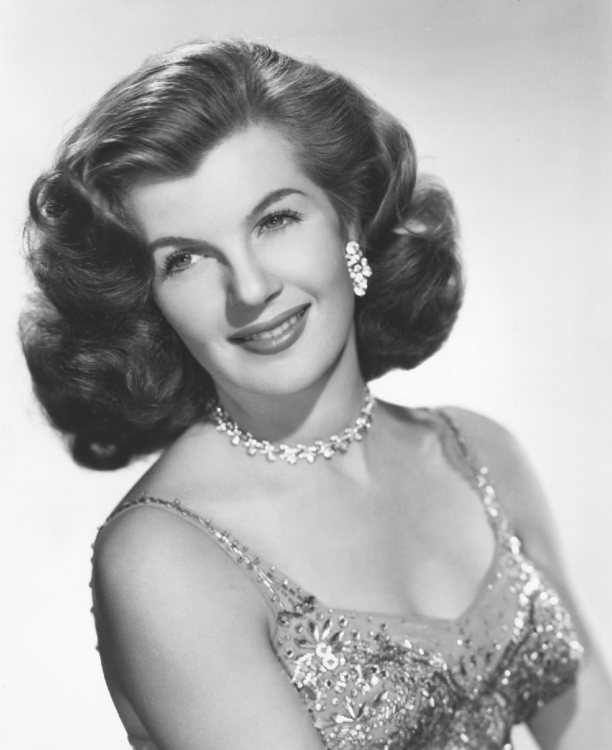 1952. Corinne appears in three movies this year. In Thunder in the East, a war film set in India, she plays an adventuress who tries to seduce a visiting arms dealer. In Sailor Beware, a comedy, she’s the girl romanced by Dean Martin and Jerry Lewis. In What Price Glory, a comedy-drama set during World War I, she’s the principal love interest.

The first two were produced by Paramount, the third by 20th Century-Fox. This studio portrait was issued by the latter so presumably part of a publicity drive for What Price Glory. On the back of the photo there’s an annotation “Corinne Calvet in 2 col layout slugged: Million Dollar Zip.”