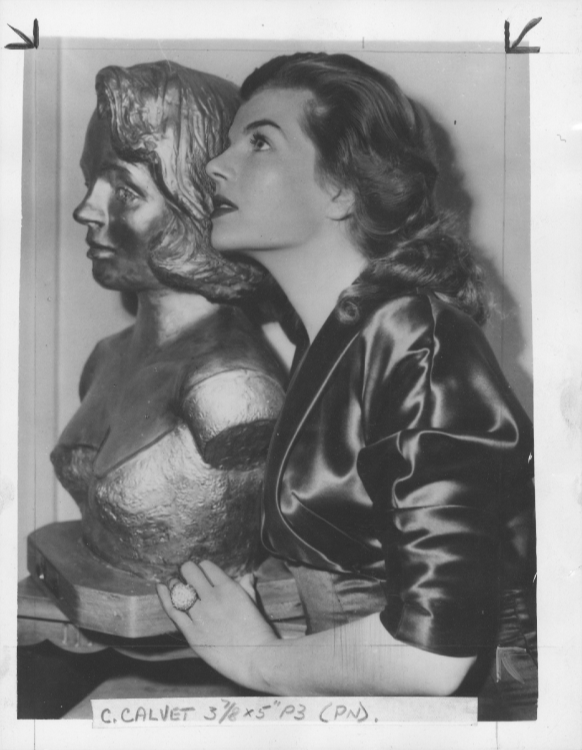 FANS WILL ADMIRE this picture from Hollywood of a sculptured bust of Corinne Calvet, the 24-year-old film star. Corinne won fame in a year on the French screen. Here she is beside the bust.