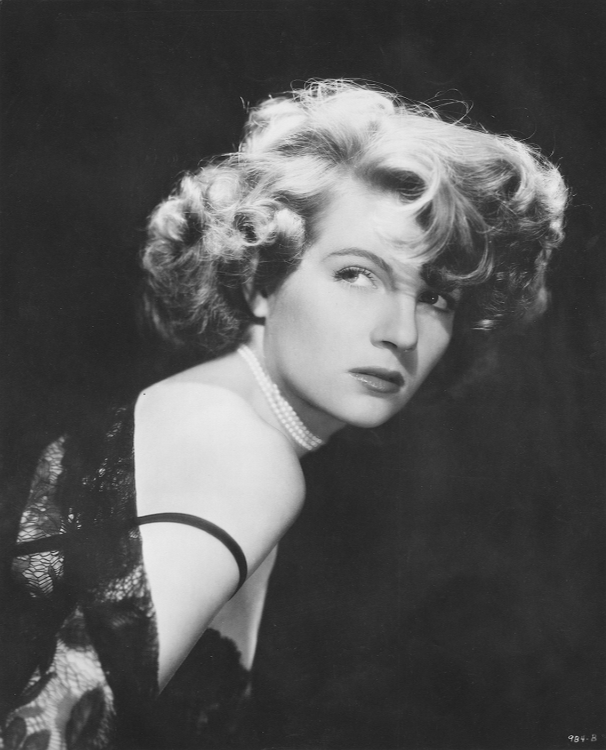 1949. In Has Corinne Been A Good Girl, the actress waxes lyrical about reviewers’ and audiences’ responses to Rope of Sand and specifically her performance in it:

Rope of Sand opened at Paramount theatre in New York. The reviews were everything Hal Wallis could have hoped for. He had discovered another star.

In the darkness of the movie theater the audiences fell in love with the radiance illuminating the screen. Hollywood’s French import was the perfect image for postwar fantasies. For ex-GIs I was the girl they might have met in France. For women I was the figure of mystery and intrigue they all aspired to be. Men saw my vital energy as barely concealed sexuality. To women the appeal was fragile innocence. To me it was the beginning of my public existence in America.