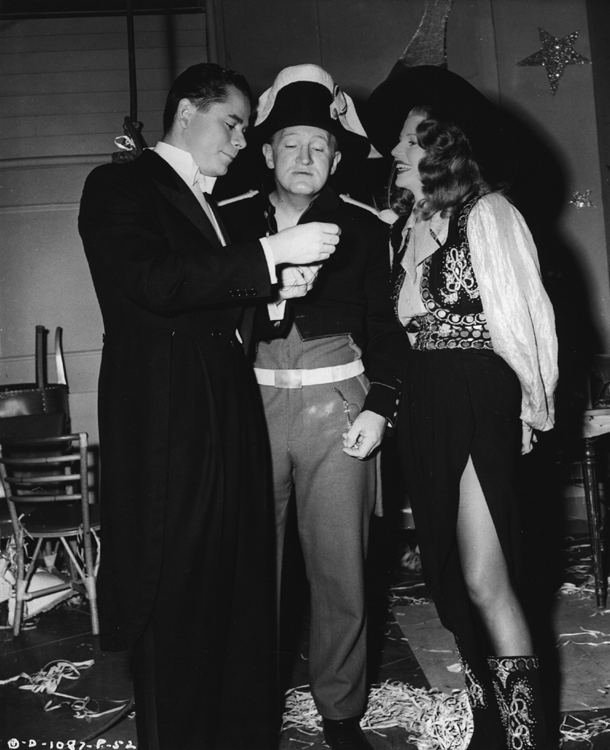 1945. In costume for the carnival scene, you’ll recognise Glenn and Rita but perhaps not the man between them. He’s Joe Sawyer, who plays the role of Casey, a thug employed by the casino.

According to IMDb, he was a workaholic who ensured he wouldn’t starve if his movie roles dried up. Among other things, he acquired in 1935-1936 were: Village Radio and Electric Shop in Westwood; Sawyer Acceptance Corp.; Jerry’s Auto Shop and Garage in Los Angeles; a fishing trawler; half-interest in a cat and dog hospital; toy balloon factory; tortilla manufacturing plant; and a salted peanut shop.

PREVIEW – Glenn Ford, Joe Sawyer and Rita Hayworth examine a strip of film from Columbia’s romantic drama, “Gilda,” in which they all appear..