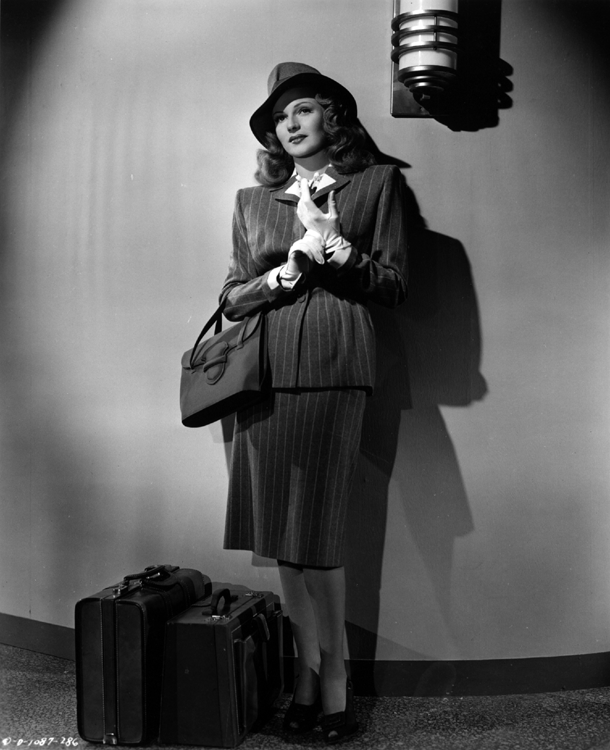 1945. Not surprisingly, Columbia issued a string of fashion shots to publicise Cover Girl, one of their previous Rita Hayworth vehicles. Here’s one for Gilda. A caption on the back of the photo reads:

GOIN’ PLACES – Rita Hayworth wears the latest in traveling clothes in Columbia’s romantic drama, “Gilda” in which Glenn Ford is co-starred with her.