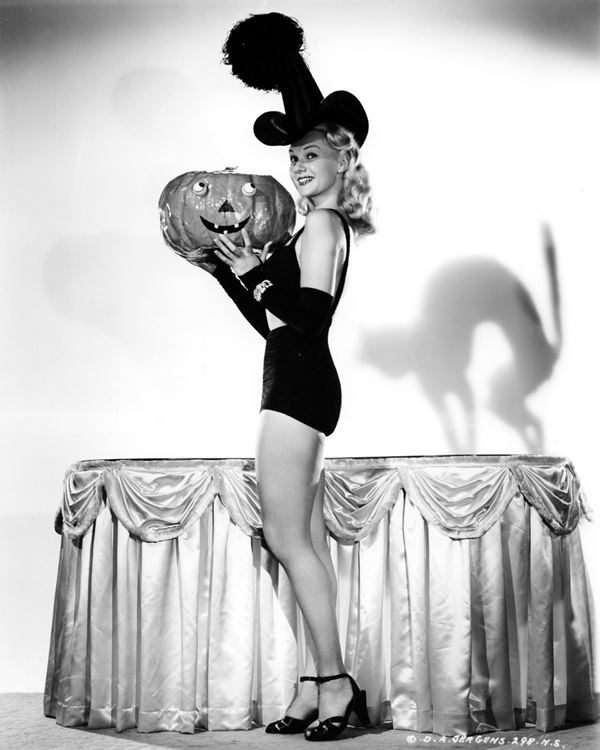 1948. Adele Jergens takes time off from playing brassy platinum-blond bombshells and film-noir femmes fatales to embrace an enamoured Mr Pumpkin. The cat’s silhouette in the background hints at what’s going through his mind. More prosaically, that looks like the same hat that Dusty Anderson was wearing three years previously. No matter, a caption on the back of the photo reads:

BEWITCHING .. Adele Jergens of Columbia Pictures’ “I LOVE TROUBLE” gives evidence that it won’t be the witches howling this Hallowe’en but the wolves! All dressed up as a bewitching witch, she is here being ogled by Mr. Pumpkin.