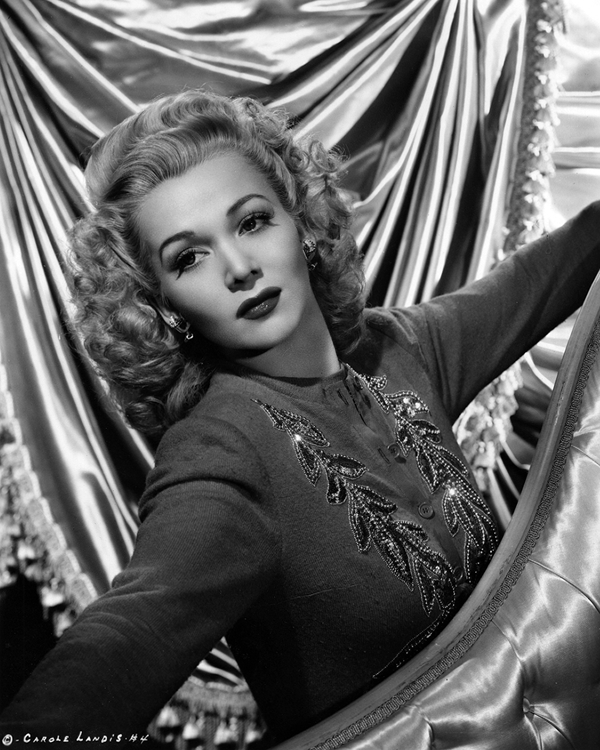 1944. In World War II drama Secret Command, Carole is Jill McGann, a secret agent who goes undercover to expose a deadly plot. Sam Gallagher, who pretends to be her husband while they search for spies at a ship-building plant, is played by Pat O’Brien. Pat is also one of the movie’s producers and it is at his request that Carole is his co-star. In the autumn he will travel with Jinx Falkenburg and other stars on a hair-raising USO tour that will take in China, Burma (Myanmar) and India. The costumes for the film, including presumably this gown, are designed by Jean Louis.

COLUMBIA STUDIOS, HOLLYWOOD
BLONDE AND BEAUTIFUL .. Carole Landis goes in for rough and ready dramatics as a special agent with Pat O’Brien, unearthing a sabotage in “Pilebuck” [the film’s working title], the Terneen production at Columbia, in which she and O’Brien are starred.