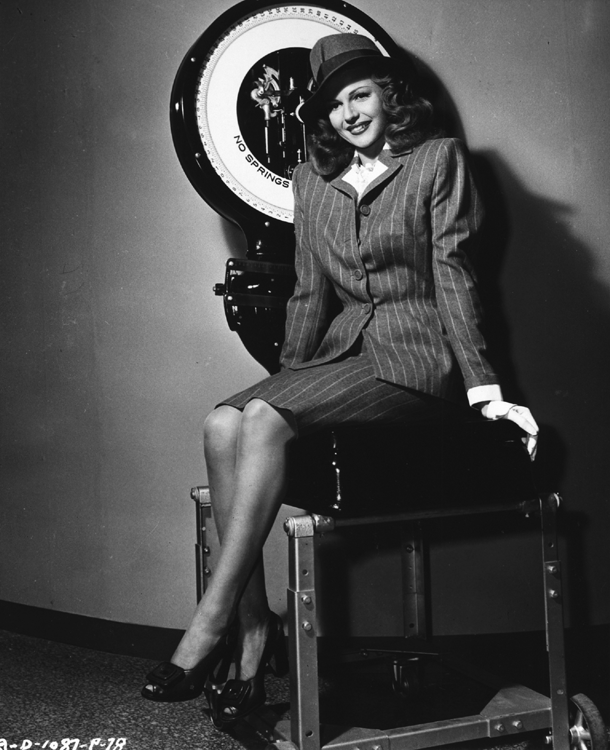 1945. That’s a pretty impressive mobile weighing machine that Rita’s perched on. A caption on the back of the photo reads:

TIPPING THE SCALE – Rita Hayworth rests for a moment on a weighing machine between scenes of Columbia’s “Gilda,” in which she co-starts with Glen Ford.