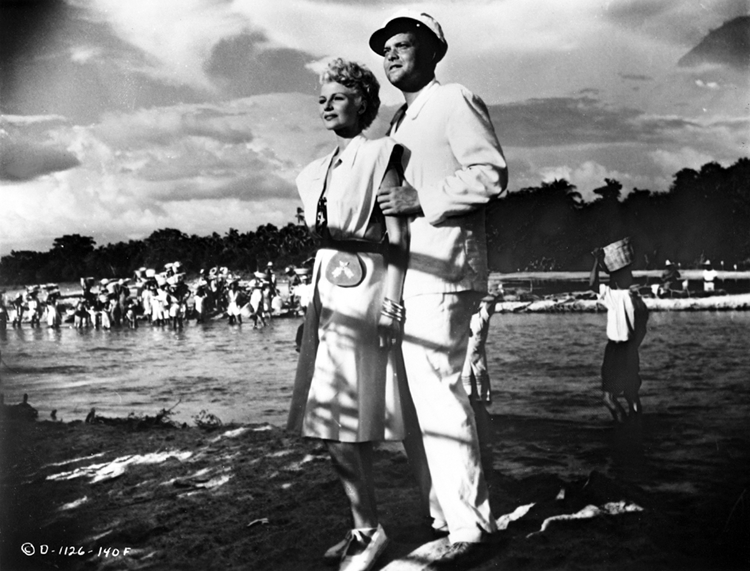 Bannister organizes a picnic that requires the whole crew to make their way through a dangerous jungle on the Mexican coast. He tells Broome, the yacht’s steward, that he (Bannister) will be the victim of a murder plot. Elsa tells Michael that Broome is actually a private detective whose remit is to spy on her so that in the event of a divorce she would be left with nothing. At the picnic, the Bannisters bait each other about Michael’s role as her “big, strong bodyguard.” When they call him to join them, he likens them to a pack of blood-seeking sharks.