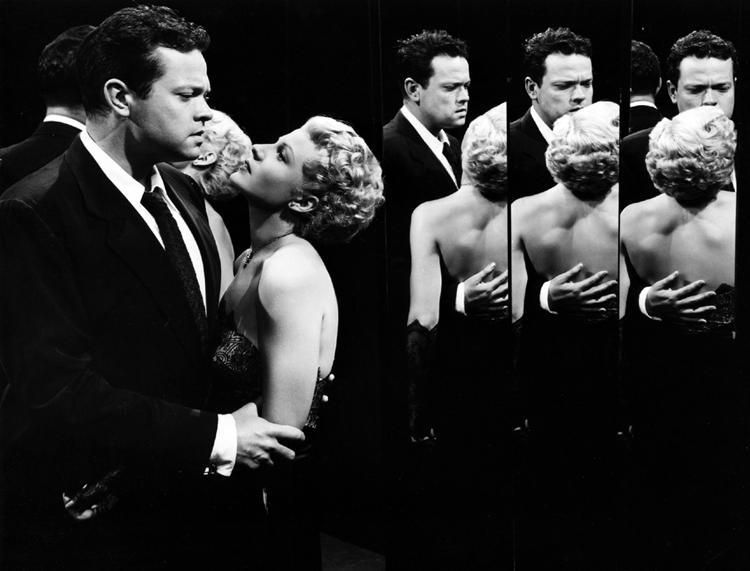 Michael emerges into the Hall of Mirrors. Elsa appears in a doorway and confesses her guilt while claiming to love Michael. Bannister arrives and threatens Elsa with a letter he has written to the district attorney explaining her guilt and Michael’s innocence. The couple draw guns and begin to fire at the multiple reflections of each other in the mirrors. Once the panes have been shot to smithereens, it is clear that Bannister and Elsa are both fatally wounded.