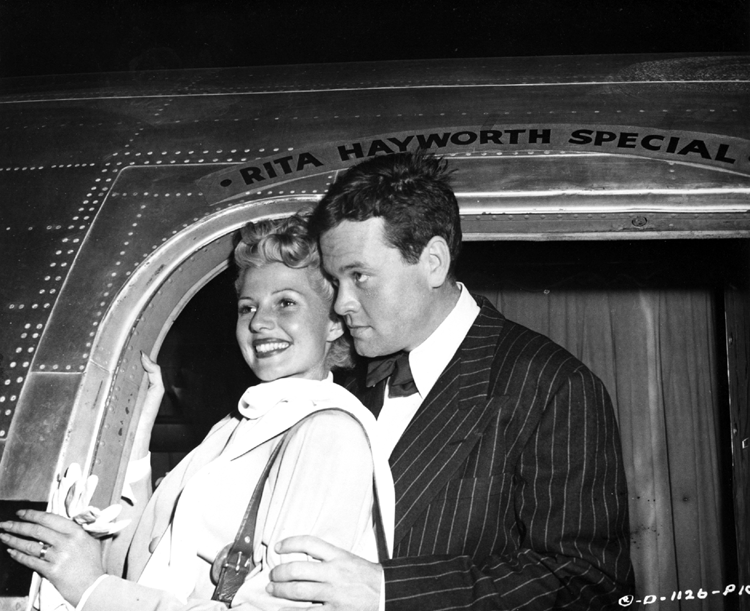 OFF TO MEXICO: Glamour star Rita Hayworth and husband Orson Welles are shown here as they boarded a special plane at Lockheed Air Terminal, Los Angeles, en route to Acapulco, Mexico, for location scenes for the Columbia picture, “The Lady From Shanghai,” in which the pair co-star. Welles is also writer-director-producer of the film.