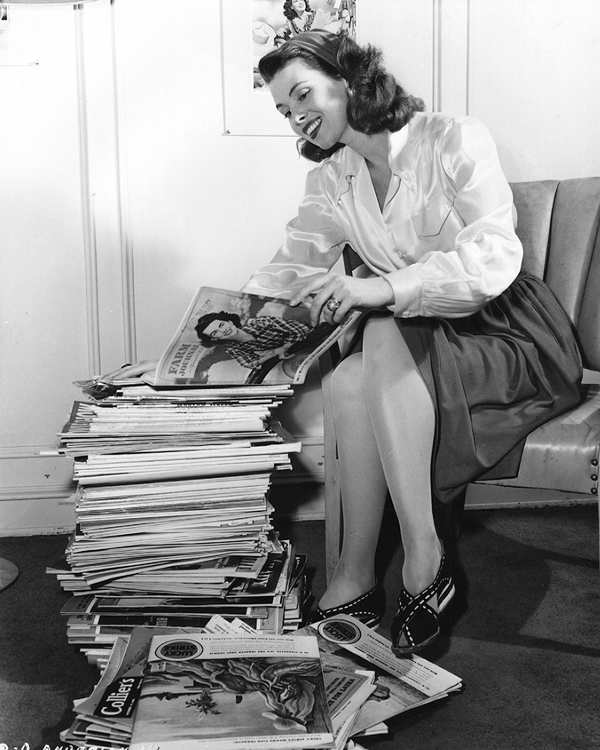 1943. Dusty started out as Ruth Anderson from Toledo, Ohio. Harry Conover spotted her in New York “doing some designing”, decided that the name Ruth sounded too prim and rechristened her Dusty. Cover Girl is her first movie and unlike most of the other cover girls, she will manage to make a career in Hollywood, with 13 movies to her name on IMDb. She will also become a popular pin-up girl, appearing in the 27 October 1944 issue of the US Military’s YANK magazine as well as some great Halloween shots. Her first marriage, to a US Marine Corps captain, will last just five years. In 1946 she will marry again, this time to director Jean Negulesco and will retire from acting. Four years later, her final screen appearance will be an uncredited role in one of her husband’s films. A caption on the back of the photo reads:

COVER GIRL – Dusty Anderson donated her personal collection of magazines, with her picture on the cover, to the waste paper drive. Dusty, who will be seen in the Columbia picture, “Cover Girl,” was one of New York’s famed models before coming to Hollywood.