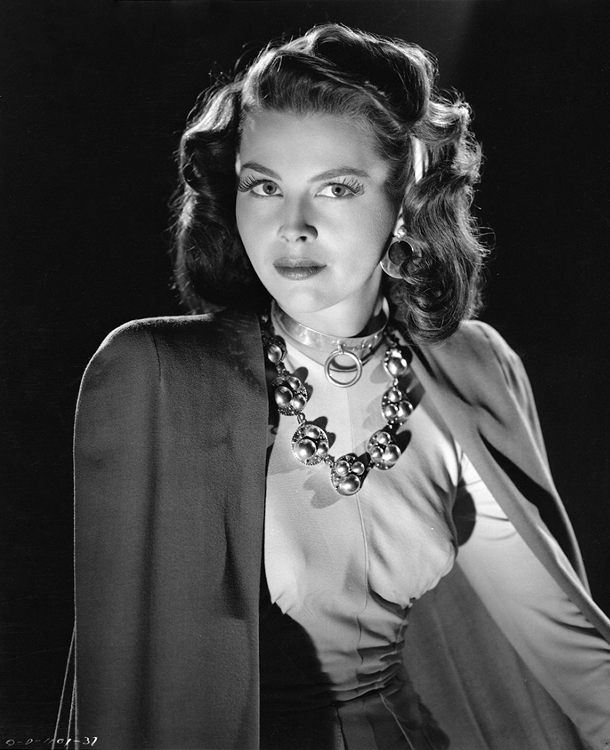 1946. The dramatic lighting, exaggerated eyelashes and exotic costume including two outré neck pieces, suggest we’re in for some kind of film noir. But The Phantom Thief is a light-hearted caper with a fake spiritualist as a central character. Dusty Anderson is cast as his assistant.