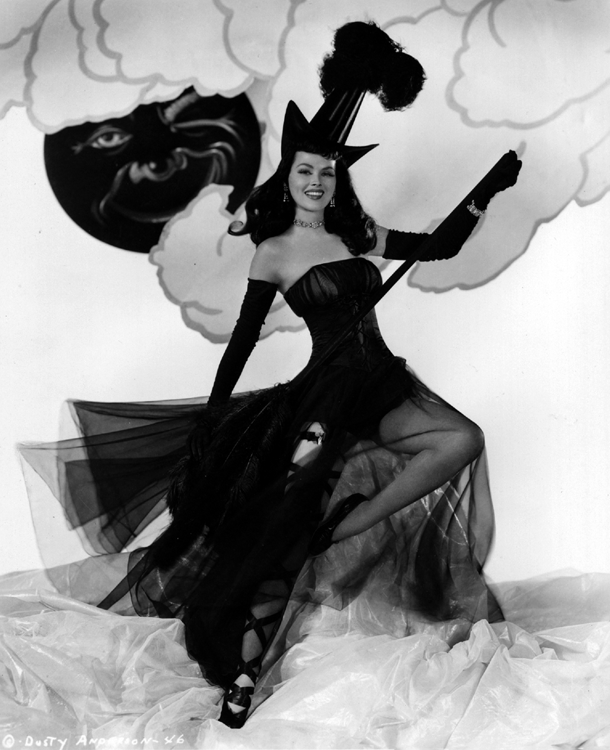 1945. The second in a sequence of three pin-ups featuring Dusty Anderson as a sexy witch. The caption on the back refers to masks, which don’t appear in this image – perhaps they feature in other photos from this shoot. Careless of Columbia’s publicity department nonetheless! The caption reads:

HALLOWE’EN GLAMOUR – Dusty Anderson, beautiful Columbia Pictures’ actress, will need more than that witch’s hat to frighten anyone on Hallowe’en, for she’s just too good-looking to be mistaken for a witch. Those masks might help if they weren’t such delicate creations of satin, with bead and sequin trim. Dusty recently finished a role in the Technicolor musical, “Tonight and Every Night,” which stars Rita Hayworth, Janet Blair and Lee Bowman.