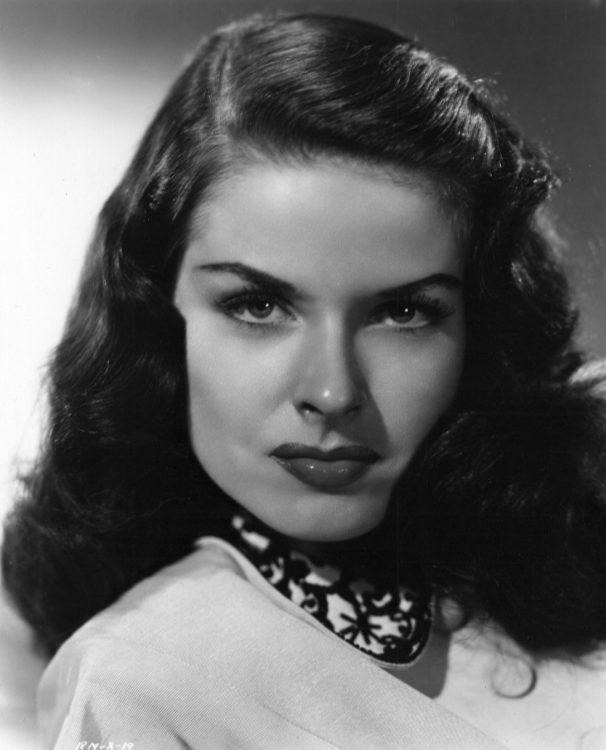 Around 1947. Raven is the name that David O Selznick, famed Hollywood producer of Gone With The Wind, has bestowed on Evelyn McBride. It’s inspired by her hair which, in the words of Twin Peaks’ FBI Special Agent Dale Cooper is as “black as midnight on a moonless night.” Evelyn is 18 years old and Selznick’s latest punt for stardom. He spotted her at a nightclub and signed her up without the usual preliminary screen test.

Evelyn’s brief career to date has been meteoric. Having graduated from high school in Wilmington, Delaware in February 1945, she headed straight for New York’s Barbizon School of Modelling, from which she was recruited by Harry Conover before she even completed the course. Within the space of a few months, she’s appearing in prestigious magazines including Vogue, Charm and Mademoiselle and on the cover of LIFE magazine (October 15 issue).

But in spite of the high hopes, she appears never to have made a film. Perhaps she’s one of those girls whose looks don’t translate from paper to celluloid. Perhaps she lacks the acting smarts. Perhaps she gets distracted by the nightlife or she’s just plain unlucky. Who knows? Hollywood is overrun by wannabes and only a handful make the breakthrough. Still, Evelyn continues to be in demand as a fashion model and also makes the occasional appearance on stage – her elder sister, Jean, is a professional actress.

In December 1954, she will marry Sir Clive Hubbard, “British heir to Woolworths, Ltd. millions” (presumably his father is Charles Heiman Hubbard, who has been responsible for establishing the brand in the UK). Then, as reported in the December 22, 1954 edition of the Morning News (Wilmington, Delaware), “Upon the conclusion of an extended tour of Europe, Mr. and Mrs. Hubbard will return to the United States and take up their residence at Nassau, Bahama Islands, and New York City.”

With thanks for research help to Holly Slavic.