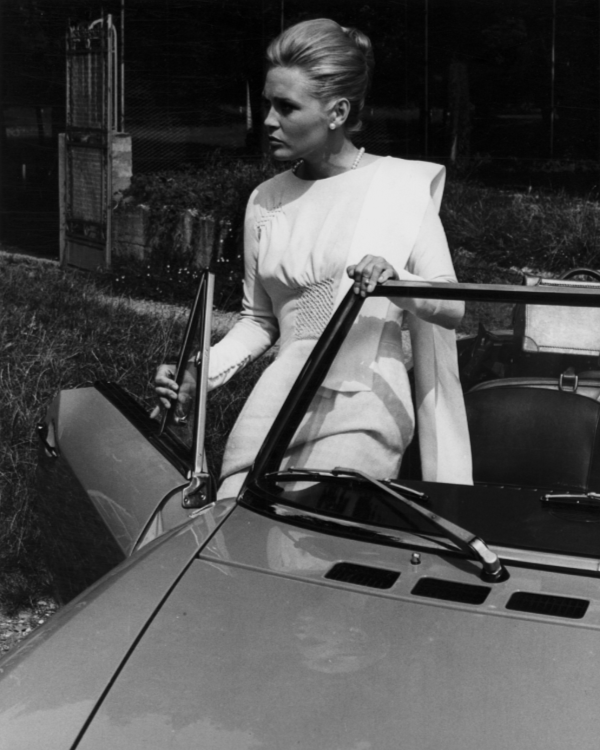 1968. Faye Dunaway is the first actress to be offered the role of Domino. Instead she opts to star in Elliot Silverstein’s crime comedy The Happening (1967). Success for her is just around the corner. She will make a name for herself in both Bonnie and Clyde (1967) and The Thomas Crown Affair (1968), for which this photo likely serves as publicity. It comes from the International Magazine Service archive and has a 2 August 1968 date stamp on the back.