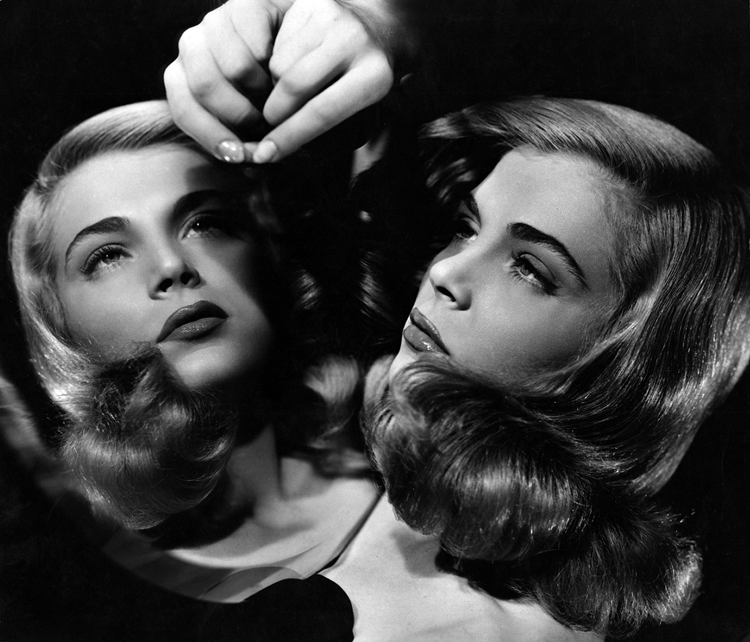 Around 1947. This photo dates from around the time when Lizabeth Scott’s Hollywood career was just taking off and shows how she manages to lead many a man astray in 1940s and early ’50s films noirs. She is Paramount’s answer to Warner Brothers’ Lauren Bacall. The studio describes her as “beautiful, blonde, aloof and alluring” and nickname her “The Threat”, with the tag-line “The Girl Everyman in America Would Want to Run Away With”. Like Bacall, before coming to Hollywood she has worked as a model and featured in Harper’s Bazaar and Vogue. Now she’s starring opposite Bacall’s husband, Humphrey Bogart, in the notorious noir, Dead Reckoning. Film historian Alan Rode captured the essence of Lizabeth’s on-screen persona:

She had the smoldering look, the blond hair, the voice. She was someone you would see in a nightclub through a haze of cigarette smoke, with a voice made husky by a couple of highballs and an unfiltered Pall Mall.