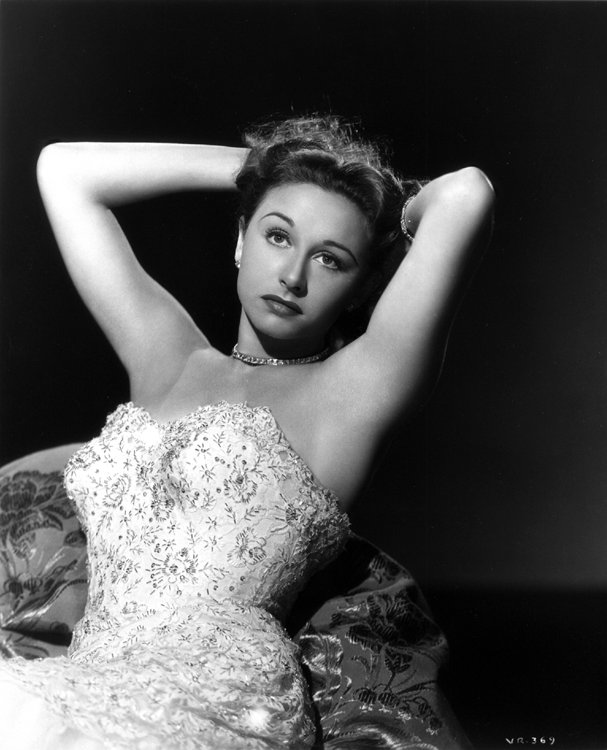 Around 1948. Vera Ralston’s 26 movie credits prove that in acting as in most walks of life what really matters is who you know. Shortly before his death in 1979, John Wayne will say:

She was the worst darn actress I ever had the misfortune to work with in Hollywood. She was wooden and bad-tempered. Unfortunately, the Republic studio head, Herbert J Yates, was sleeping with her, so let her rule the roost.

Yates’s fixation is such that he forces exhibitors to run her films by threatening to withhold more popular Republic products from them. It will be one of the reasons for the studio’s demise.

In a previous life, Vera represented Czechoslovakia as a figure skater. Adolf Hitler asked her if she would like to “skate for the swastika”:

I looked him right in the eye and said that I’d rather skate on the swastika. The Fuhrer was livid.

So perhaps it’s no wonder that when the Nazis invaded her homeland, she decamped with her mother to Hollywood. Her first straight role was in The Lady and the Monster (1944), one of Republic’s first horror movies, about which her co-star, Helen Vinson, rather bitchily remarked: “The only horror was Vera’s inability to act.” Photo by Roman Freulich.