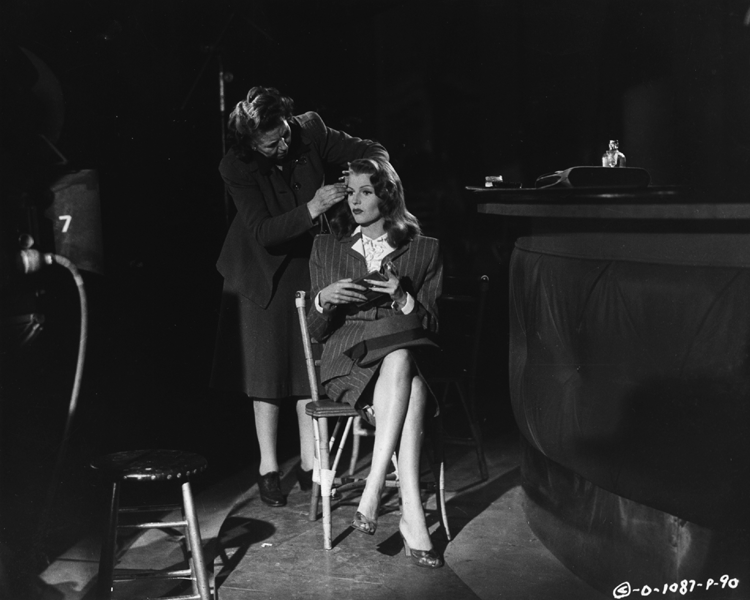 1945. Helen Hunt, Columbia’s chief hair stylist, is one of Rita’s closest friends. She has worked with Rita since her early days at the studio. Rita trusts her so much that she rarely looks in the mirror after they’ve finished. She just automatically says “It looks great.”.

I got fan mail – and hate mail – about Rita’s hair! Some clergymen declared that I would go to hell for contributing to evil because of Rita’s hair in Gilda! Rita acted with her hair. I would be on the set and hear the director say, “You’re angry now. Toss your hair back.” Or “You’re happy in this scene. Use your hair.”

A TOUCH TO THE TRESSES – Rita Hayworth’s lovely hair gets some last-minute fixing before the actress goes before the cameras in Columbia’s “Gilda.”