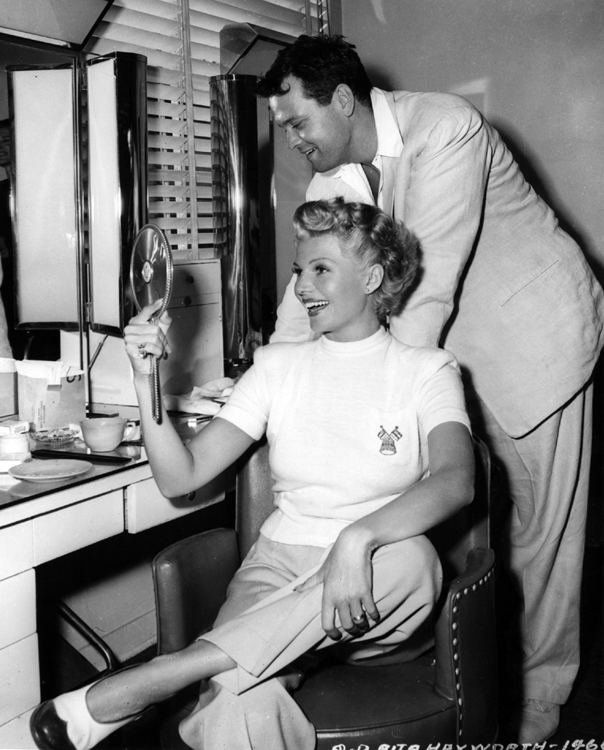 MILLION DOLLAR HAIRCUT .. Rita Hayworth and husband, Orson Welles, seem pleased with Rita’s new hair style. Rita had her long tresses shorn for her starring role in “The Lady from Shanghai,” in which Welles is her co-star. He is also producer and director of the Columbia picture.