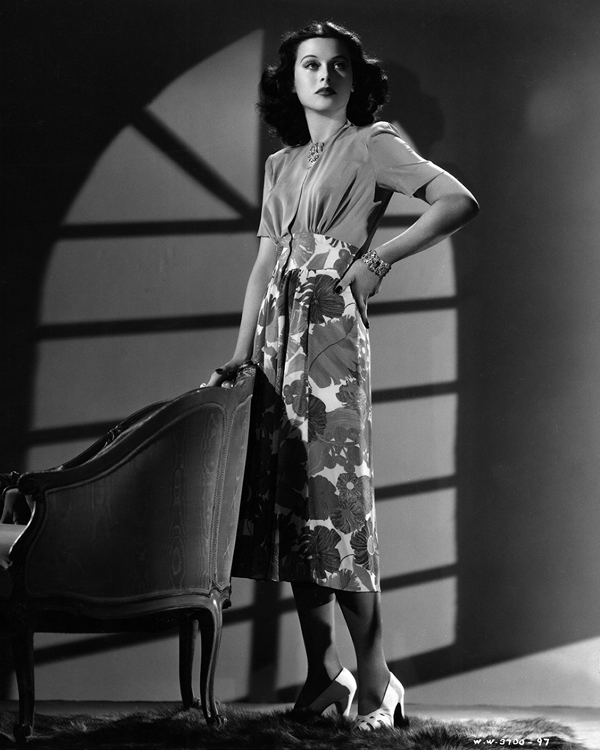 1938. In February, Hedy gets her first break. She meets Charles Boyer at a party and, struck by her beauty, he urges his producer Walter Wanger to cast her in Algiers, the movie they’re about to make (James Wong Howe will be the cinematographer). Wanger persuades Louis B Mayer to loan Hedy to United Artists. As Gaby, all she has to do is listen, enthralled, to Charles Boyer’s forlorn yearning for Paris. On the movie’s release, the Time magazine reviewer gushes:

And he’s not alone. Critics and audiences alike fall for Hedy. Overnight, her image is everywhere, her name is on everyone’s lips, she’s the talk of Tinseltown. In December she is named Glamour Girl of 1938 by the popular press. In less than 18 months, she has made it bigger than she could have dreamed of.