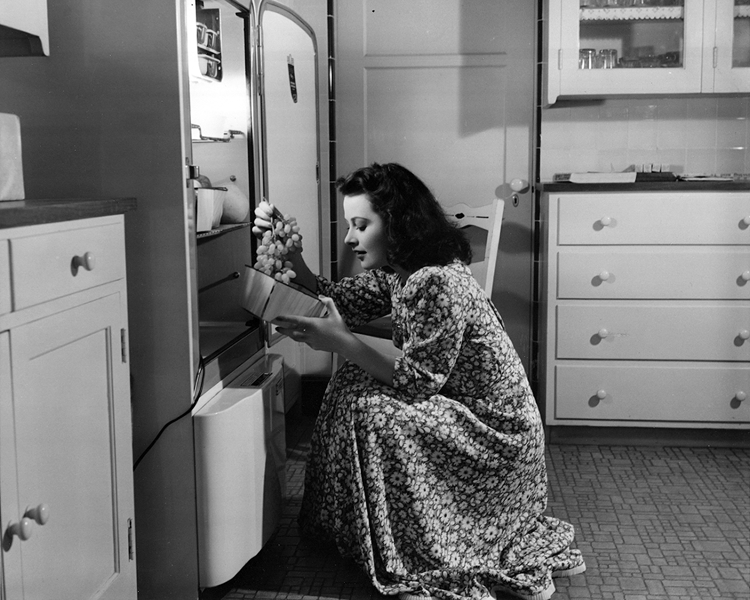 24 January 1942. A glimpse of Hedy Lamarr in her kitchen before going to bed. A caption on the back of the photo reads:

HEDY AT HOME…Icebox-raiding is Hedy Lamarr’s favorite trick before retiring at night. The Metro-Goldwyn-Mayer actress’ newest picture is “H.M. Pulham, Esquire,” in which she is seen with Robert Young. King Vidor directed.