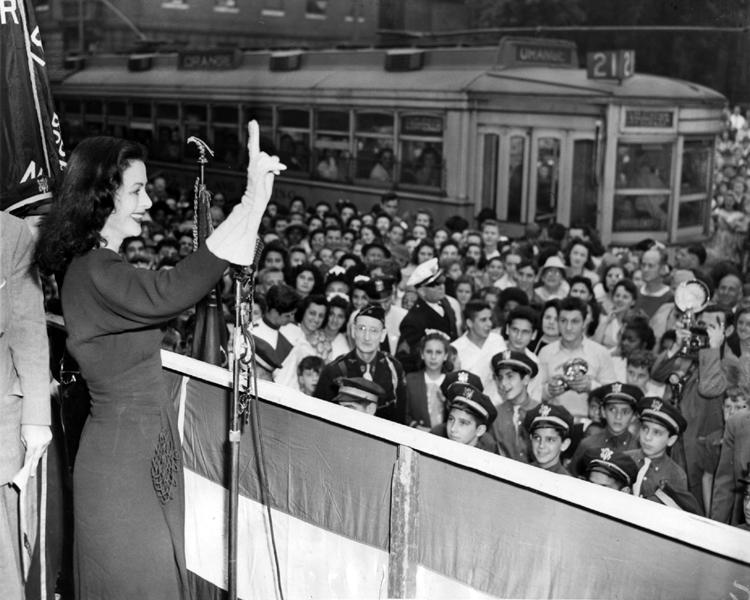 1942. Asked on radio about her attitude to war-bond sales, Hedy Lamarr doesn’t mince her words:

Host: Now, Hedy, suppose the Treasury Department asked you to go out and sell some bonds. How would you do it?
…
Hedy: “I think I’d say, “Mister, I personally have seen the Nazis at work in their own country. And believe me, it’s worth every dollar you’ve got to wipe them off the face of the earth. But all our government asks is ten percent of your income invested in bonds and stamps.”

WIDE WORLD
PLEASE CREDIT
A-19697
(THIS SERIES OF FIVE PICTURES IS FOR RELEASE TO AM’S OF SUNDAY, SPE. 13 AND THEREAFTER, WITH HEDY LAMARR’S WIDE WORLD STORY ON HER TOUR IN AID OF THE WAR BOND SALES DRIVE)
HEDY BOOSTS BOND SALES – – AND HOW!
HEDY LAMARR MAKING HER APPEAL FOR THE BUYING OF WAR BONDS DURING A RALLY AT MILITARY COMMON, ORANGE, N.J. MISS LAMARR TOLD HER LISTENERS, “THE UNITED STATES IS THE LAST STOP FOR FREEDOM.” THIS IS PICTURE NO. 3 OF THE SERIES.
15994 9/5/42 RRK-WW-CN WABC130
(SEE A-19696 FOR MAIN CAPTION)