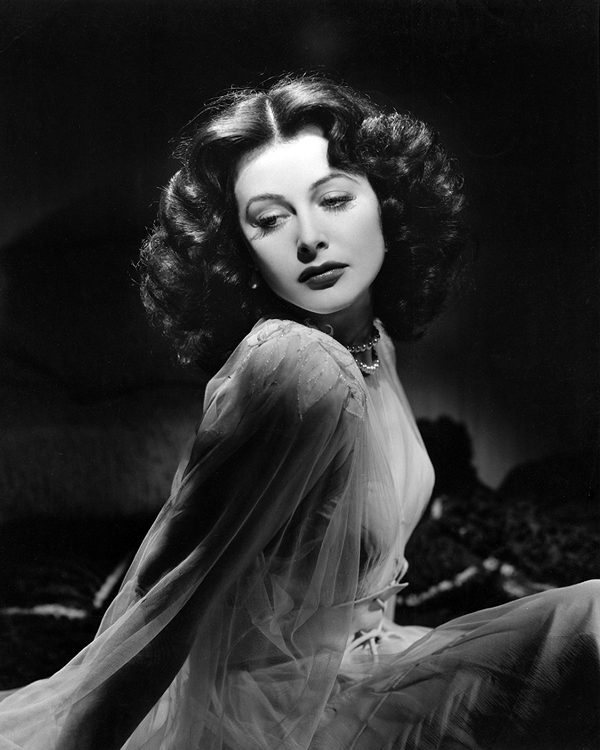 1942. The caption on the back of this photo refers to three Hedy Lamarr films released in quick succession, praising the actress’s versatility. The truth is that MGM struggle to know how to cast her. The tragedy is that this is the movie she ends up with when the studio refuse to loan her out to Warner Bros, who are interested in casting her opposite Humphrey Bogart in Casablanca. The caption reads:

UNIQUE CHARM…of Hedy Lamarr is revealed in this new portrait of the Metro-Goldwyn-Mayer star. Miss Lamarr has shown her versatility as an actress in her varied roles, first as the fiery “Dolores” in “Tortilla Flat: followed by that of a French gentlewoman in “Crossroads,” and soon to be seen as the seductive native girl “Tondelayo” in “White Cargo.”