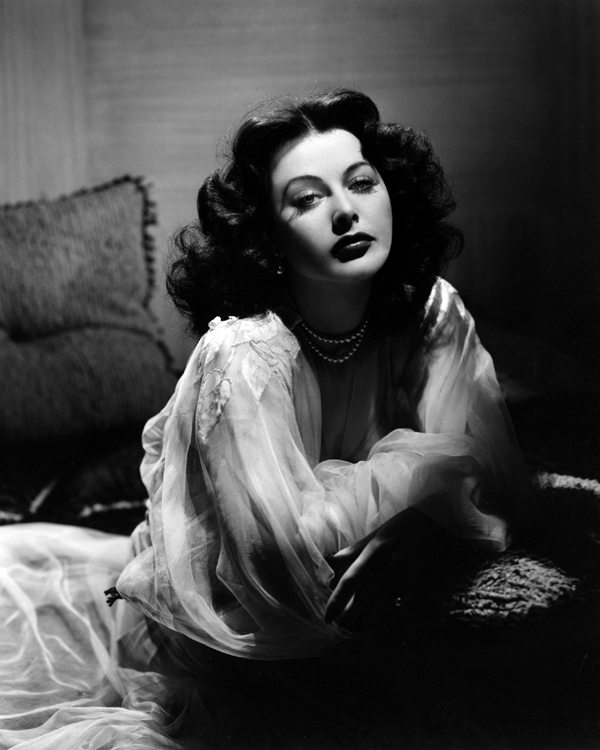 1942. In White Cargo, for which this photo is advance publicity, Hedy Lamarr is cast as a woman said to be “half Egyptian and half Arab.” The setting is so vague that a lot of viewers don’t even realize it’s supposed to be Africa. None of that’s really an issue since the whole thing is really just a pretext for Hedy to be an exotic seductress. Which she is in this photo, albeit an unequivocally Western one. A caption on the back of the photo reads:

UNIQUE CHARM…of Hedy Lamarr is revealed in this new portrait of the Metro-Goldwyn-Mayer star. Miss Lamarr has shown her versatility as an actress in her varied roles, first as the fiery “Dolores” in “Tortilla Flat” followed by that of a French gentlewoman in “Crossroads,” and soon to be seen as the seductive native girl “Tondelayo” in “White Cargo.”