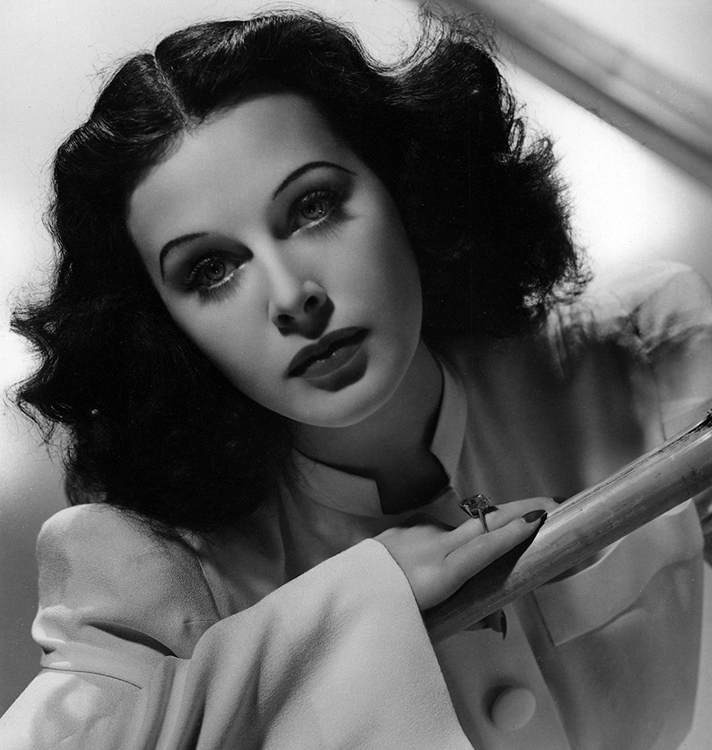 1940. Another photo that showcases Hedy Lamarr’s luxurious tresses and porcelain complexion. A caption on the back of the photo reads:

HEDY LAMARR’S FIRST ROLE FOR M-G-M…Is that of a night club glamour girl opposite Spencer Tracy and Walter Pidgeon in Metro-Goldwyn-Mayer’s “A New York Cinderella,” produced by Lawrence Weingarten and directed by Josef von Sternberg.

In this case, MGM’s publicity department have got ahead of themselves. When the movie is eventually released after a great deal of shenanigans, the title has been changed to I Take This Woman, various scenes have been re-shot and the director has been replaced. Photo by Laszlo Willinger.