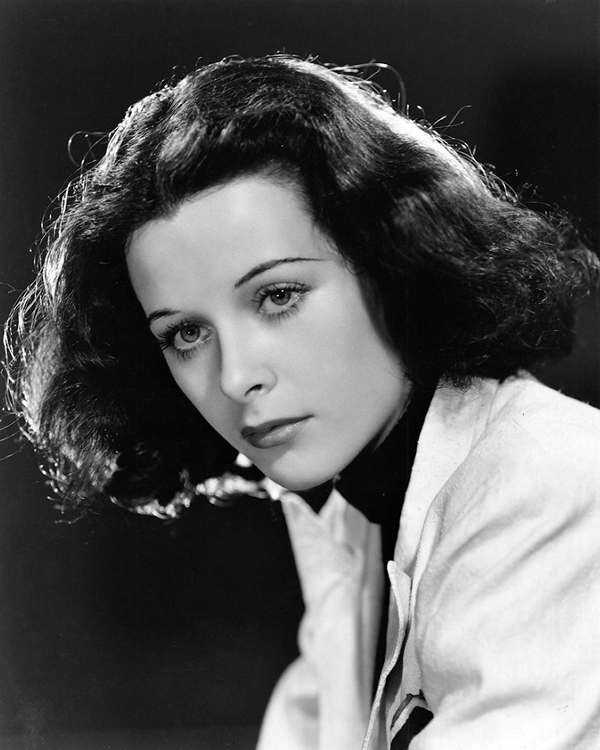 1938. Hedy Lamarr’s first movie after arriving in Hollywood is Algiers, for which MGM loan her out to Walter Wanger Productions (in the US it is distributed by United Artists). A caption on the back of the photo reads:

THE BLACK HAIR AND GREY EYES of Hedy Lamarr, Metro-Goldwyn-Mayer player, soon will gaze from the screen in her first American motion picture. The actress personifies the grace and gaiety of old Vienna, her birthplace.

So it looks like this is an example of MGM taking advantage of the upcoming movie to get the word out about their new star. They can have little idea of quite how much of an impact she will have on the movie-going public.