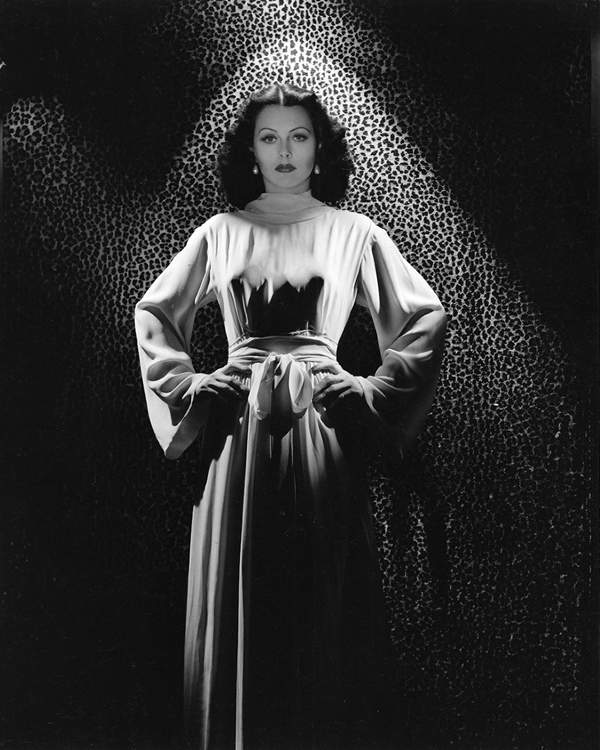 1943. A dramatic vision of Hedy Lamarr, with strong overhead lighting and a faux (we hope) leopard-skin backdrop. She looks utterly imperious, with overtones of Ayesha in Rider Haggard’s She. Ironic, then, that the movie referenced in the caption on the back of the photo is a light-hearted comedy:

HEDY LAMARR outshines Venus, Sagittarius and Cassiopeia as the object of astronomer Bill Powell’s affections in the star-bright Metro-Goldwyn-Mayer comedy “The Heavenly Body.” This sparkling story of the astronomer and his lady was directed by Alexander Hall, and produced by Arthur Hornblow, Jr.