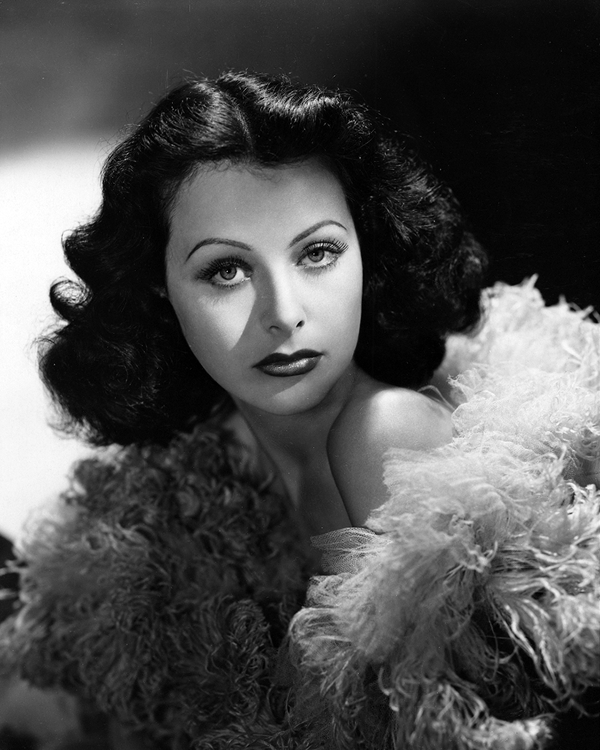 1943. Most of the other images of Hedy Lamarr on aenigma are studio issues. This is a contact print from the 10×8 negative, in the margin of which are filing details: “OCT 6 43 / PROD 1300/ WLGR / 80.” This looks to be the precursor of a shot that would subsequently be readied for wider distribution.

None of Hedy’s films are released in 1943 so perhaps this is a straightforward studio portrait. Ostrich feathers are a popular fashion accessory in the mid-1940s, and Bud Graybill’s portrait of Hazel Brooks caressed by ostrich feathers is voted the most provocative still of 1947. Photo by Laszlo Willinger.