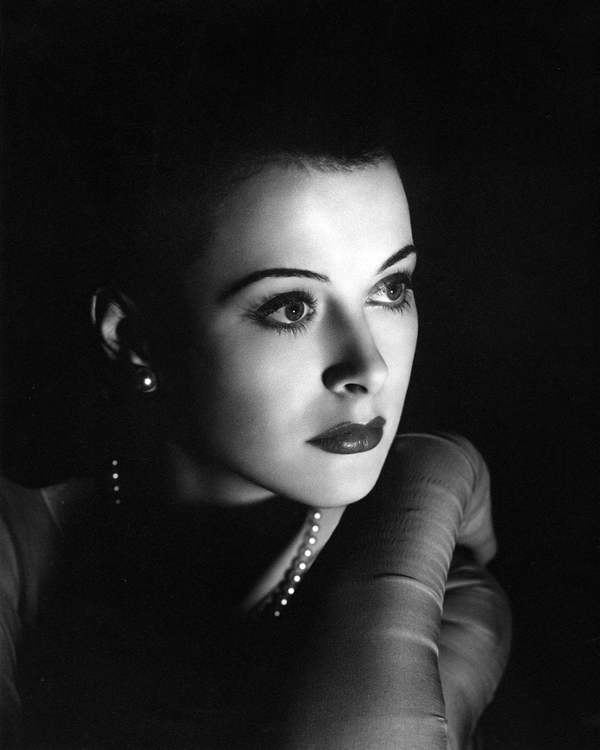 1941. Hedy’s long tresses, centrally parted and cascading over her shoulders, are such a signature feature during her early years in Hollywood, this a relatively unusual shot. Another photo from the same sitting is reproduced on page 43 of John Kobal’s Movie-Star Portraits of the Forties. Photo by Clarence Sinclair Bull.