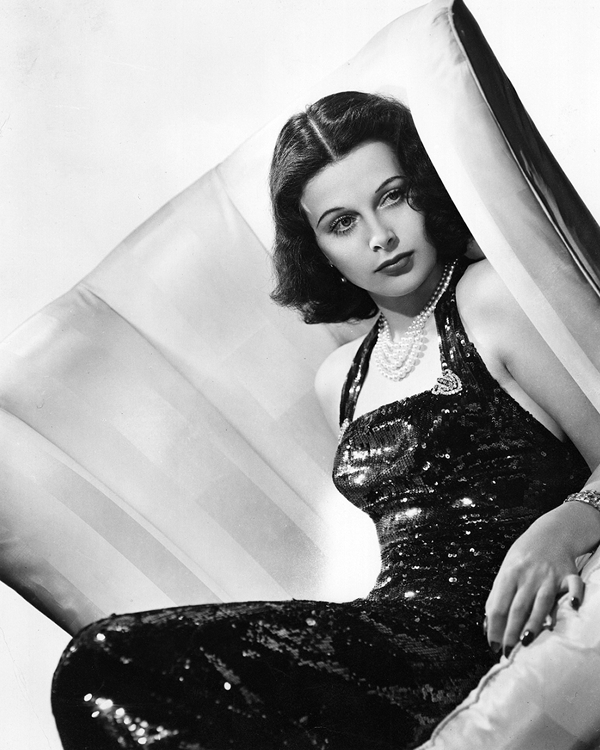 1938. Clarence Sinclair Bull, head of MGM’s stills studio, gets to work glamming up Hedy Lamarr prior to the release of her first Hollywood movie. The fitted sequin gown and the pearl necklace help to make her look a million dollars (not that she needs much help!). The tilted camera angle and emphatic cropping make for a striking composition. A caption on the back of the photo reads:

THE BLACK HAIR AND GREY EYES of Hedy Lamarr, Metro-Goldwyn-Mayer player, soon will gaze from the screen in her first American motion picture. The actress personifies the grace and gaiety of old Vienna, her birthplace.